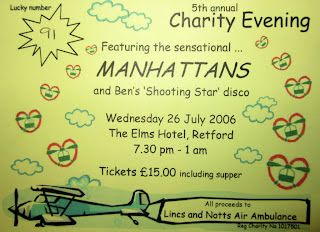 In aid of The Lincs and Notts Air Ambulance 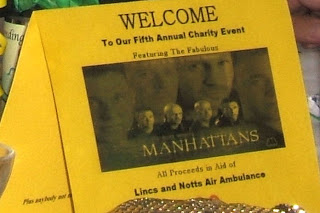 Our fifth charity event was in aid of the Lincs and Notts Air Ambulance which is a charity Beechy has always supported.

The Lincolnshire and Nottinghamshire Air Ambulance is a dedicated medical air service which first began operations in Lincolnshire in April 1994.

They are based at RAF Waddington, south of Lincoln, and unaffected by road congestion, country roads, heavy vehicles or road works the helicopter can reach any destination in Lincolnshire and Nottinghamshire in 19 minutes (from their info - didn't make it up!)

Every year they fly approximately 1000 missions and they are reliant upon charitable support to continue their work so we were happy to fund raise to help with their running and upkeep costs. 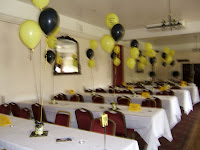 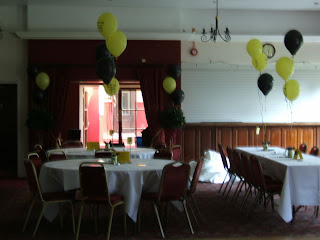 As the rescue helicopter is yellow we decided on a dramatic black and yellow colour scheme this year!

We covered tin cans this year for our table centres - this meant that we were all frantically eating loads of beans and soup to get the tins!  We searched high and low to find a paper cutter in the shape of a small helicopter or aeroplane but no luck so in the end we had to make do with yellow hearts but they still looked very effective against the black background we sprinkled them on. 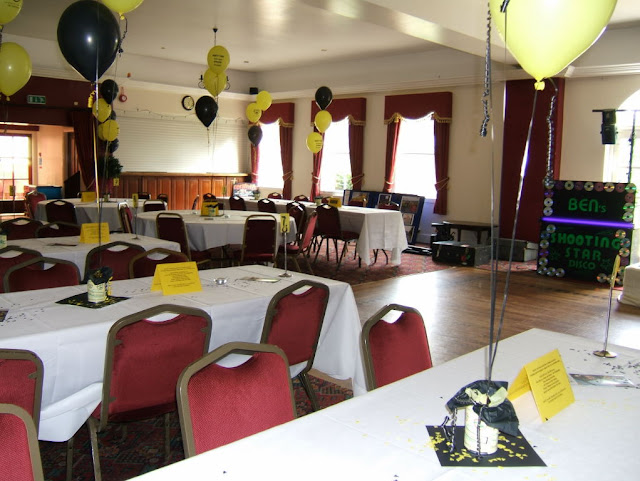 Music was once again by the wonderful Manhattans and Ben's fabulous 'Shooting Star' disco - thank you once again for your continued support Ben. 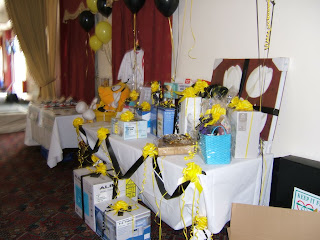 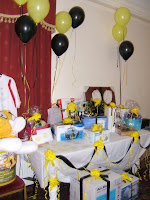 And again we had a brilliant response to our appeal for raffle prizes - just look at this lot! 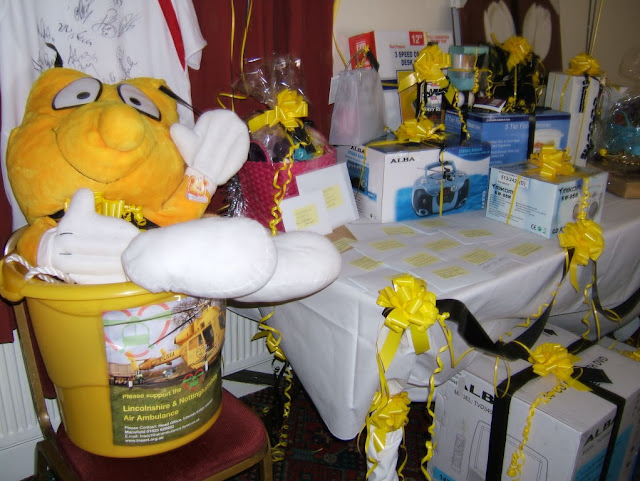 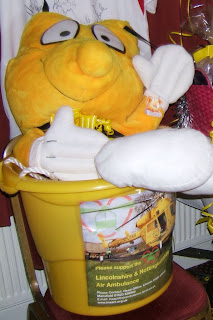 A few weeks before this event I had won this huge black and yellow cuddly wasp (think he's a wasp as he's got stingy things - but might be a bee?) at another charity raffle.  His colours were perfect for our event so he was immediately added to the raffle prizes (with much reluctance I might add - everyone needs a wasp/bee like this in their house don't you think?!..)  So he has already helped to raise funds in two raffles - and may still be doing the rounds helping out more charities!

Does anyone know what happened to him?... 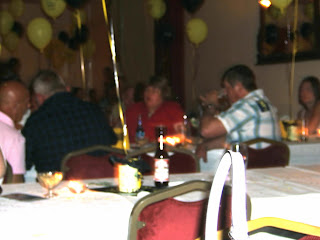 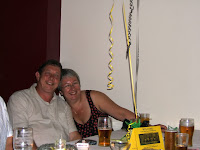 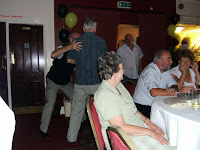 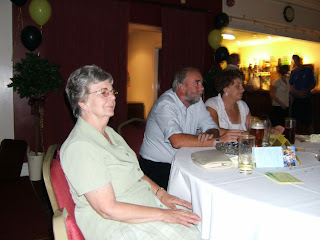 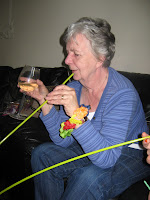 Although Aunt M is sitting quiet and pensive there we have seen another side to her...

She reminds us very much of mum (well they are sisters!) and is great fun.  In the pic on the left she is in disguise at another event (she was actually having a water fight!) and on the right she is sipping sangria from a jug with a long straw (as you do!) - with a glass of wine in the other hand!  Go Aunt M!!  Sorry - I digress...

For some reason once again we seem to have very few photos for this event.  If you have taken any which you would like to be included on the blog then please get in touch with us.

Beechy and Jules presented the cheque and had another write-up in the local paper. 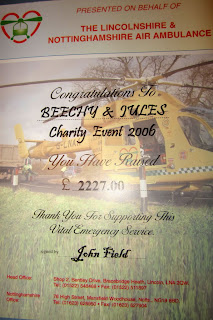 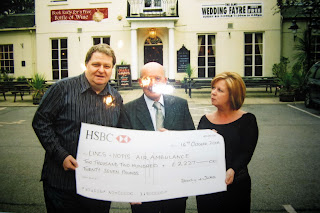 And they added another 'well done' certificate to their growing pile!

More for Julie to put in to her scrapbook of proud achievements! 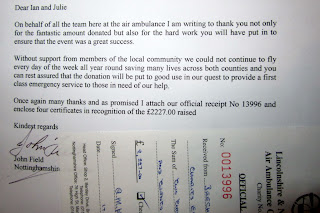 
Thank you for your continued support.