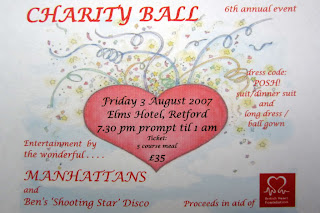 In aid of The British Heart Foundation 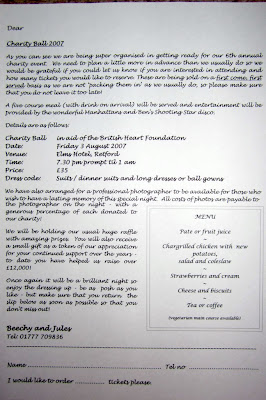 This was our first charity ball - done mainly because Julie wanted to dress up in a long posh frock and wear a bit of bling!!

So tiaras, ball gowns, bow ties and cummerbunds were the order of the day...

But once we'd done it we liked it and decided that we would host a ball in aid of The British Heart Foundation every other year with charity fund raising for other causes or organisations on the alternate years. 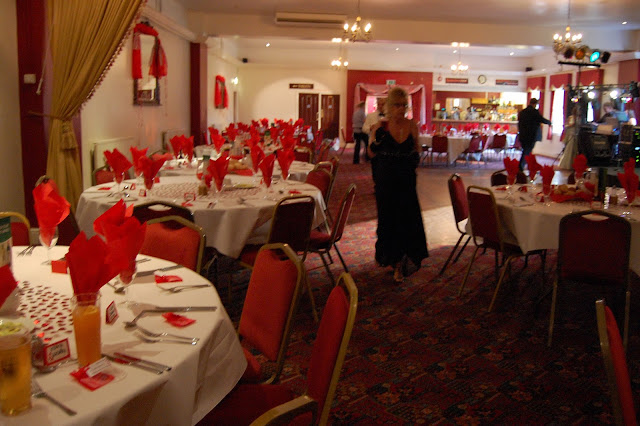 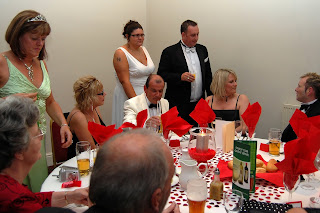 Our colour scheme was red and silver and the table centres were glass hurricane vases with silver candles held in place with red decorative chips. These were set on organza heart scattered cloths. 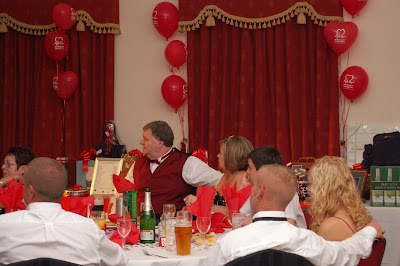 The ladies were given a small organza favour bag containing a handmade heart shaped lampwork glass bead locket on tiger wire and the men had small silver boxes with a heart shaped keyring inside.

Carol decorated the doorways and mirrors with red and silver organza and twinkling fairy lights which all looked quite magical when the lights were dimmed. 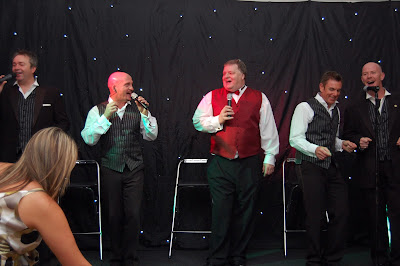 The magnificent Manhattans provided our band entertainment for the evening - with a bit of added Beechy! 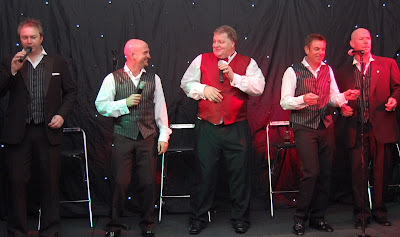 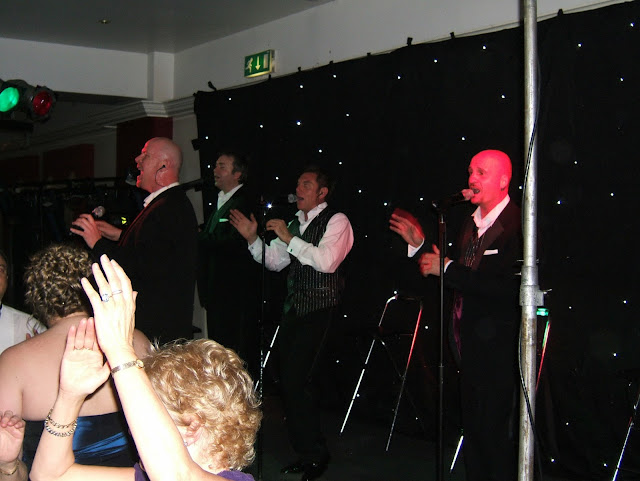 And once again we had Ben's wonderful 'Shooting Star' disco.

And another great raffle... 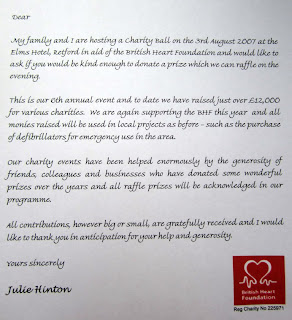 Julie and Ian work hard in the weeks leading up to any event - contacting local and national companies and organisations to ask for raffle prizes.

They always get a good response and I think that in part this is because after the event they always take the trouble to thank those who have been kind enough to make a donation and let them know how much they have helped to raise during the evening. 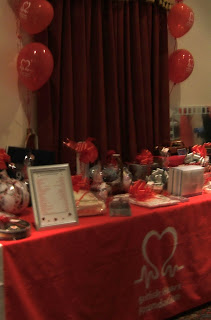 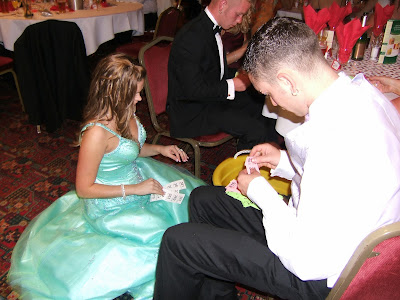 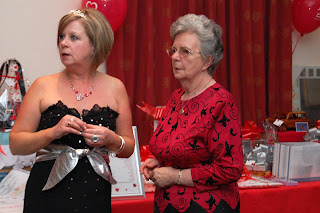 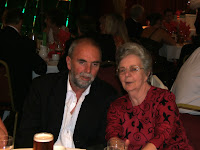 Aunt Margaret attended this event and was there to help with the last minute raffle prizes. 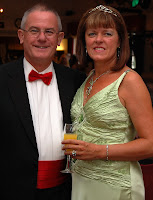 By now  we had realised that these events were here to stay and we have now finessed everything including our photographer-in-chief (Mike) who has extended his range from family photos only and who can now be seen at all events ushering people into tight little groups or cosy little twosomes and telling them to 'SMILE!'... 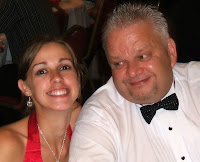 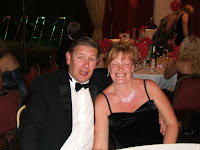 And of course we had the usual boogie... 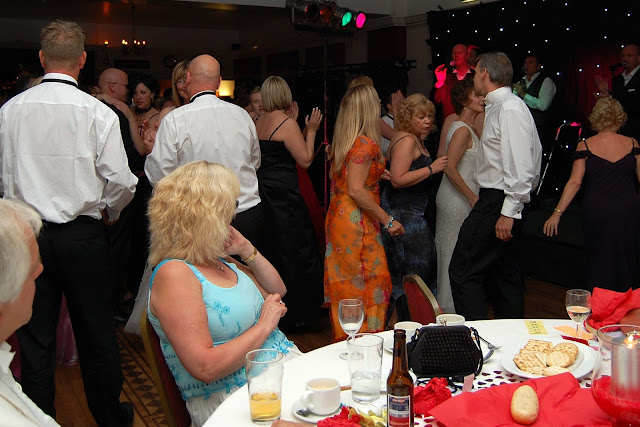 We had a photographer at this event - who took loads of pics of us all in our finery... 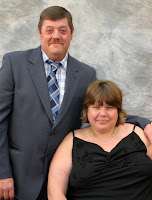 Ian and Julie presented the cheque for £2880 to Helena who is the local area fund raising organiser for BHF. 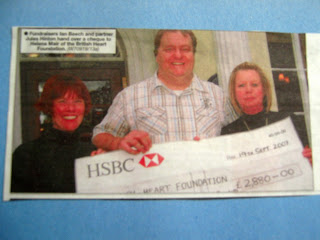 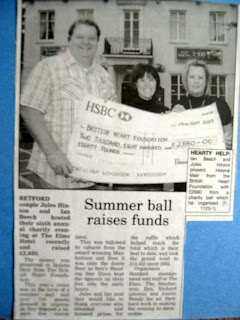 More cuttings from the paper to add to the
ever growing scrapbook.


We hope that everyone enjoyed our first ball - thanks for being there!

We had also hosted another event earlier in the year with a wonderful duo - Phil and Steve - named Boy2one.  I had worked briefly with Phil in Manchester and knew that he sang so Ian, Julie, Mike and I went to a local club to watch him and Steve perform as Boy2one.

They were really good and got the Beechy seal of approval and Ian invited them to perform across the Pennines in Retford - so they did!  They had developed a whole 'act' rather than just singing - with Steve in an almost Norman Wisdom slapstick role at times - and it went down extremely well with our discerning clientele at the Elms.

We would have loved to have them over to perform again but unfortunately quite soon after their appearance Steve was diagnosed with cancer and he later died - it was all quite sudden.  So young and such a waste of life and talent.  But it was a privilege to see him perform and I know that Phil was already doing a lot of charity work for cancer research so I am sure that this is being continued and that Steve is still being remembered for his great zest for life and his boisterous sense of humour.

This is one of the smaller events which we have from time to time hosted in addition to our yearly calendarised main event - which is why our running total is not always just the total of our main events.  The little profit that was made from this event was added to the ball total.